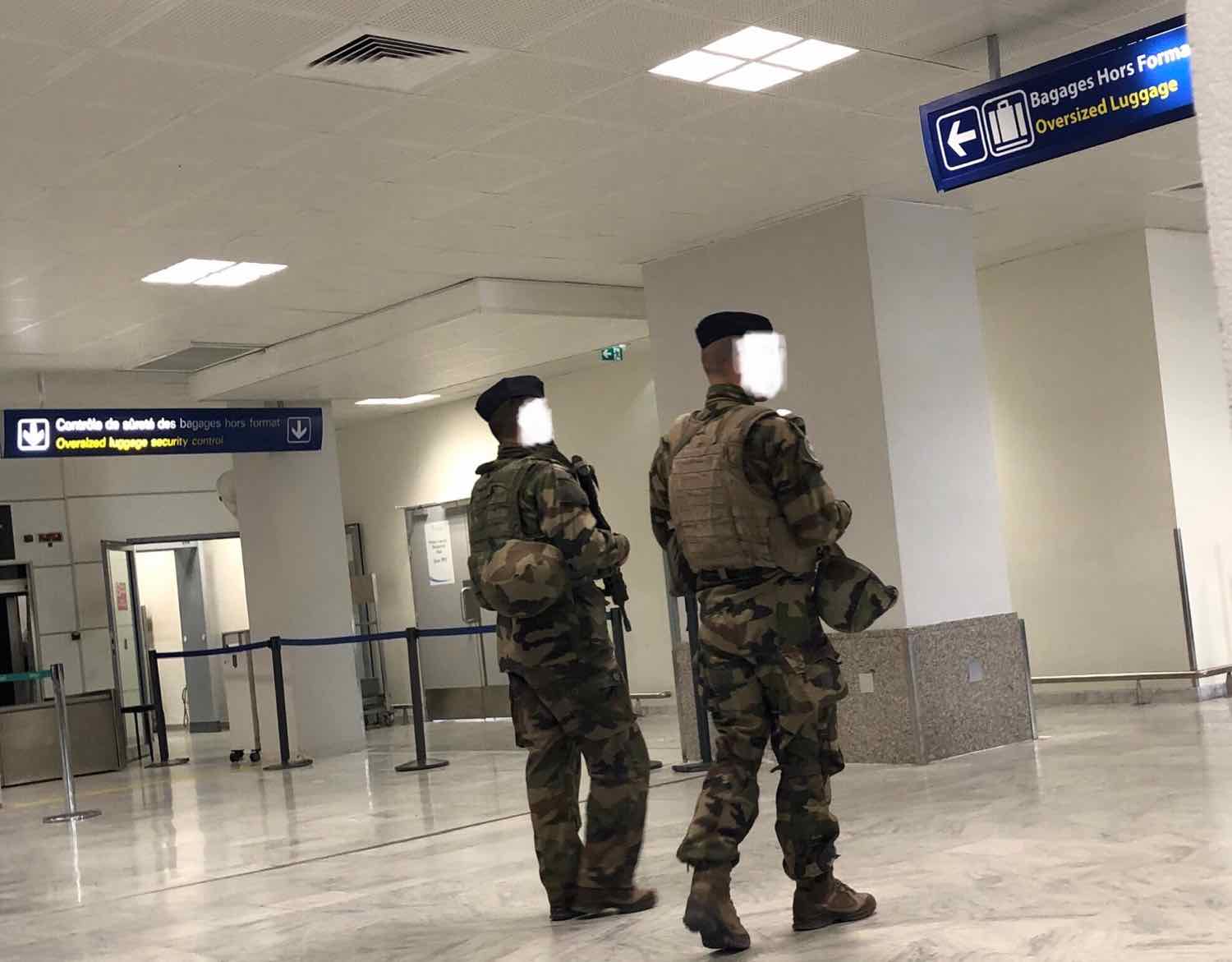 This photo was taken in the Nice Côte D’Azur Airport?. It’s very common to see armed guards here walking in the airport and sometimes even along the crowded streets of Nice.