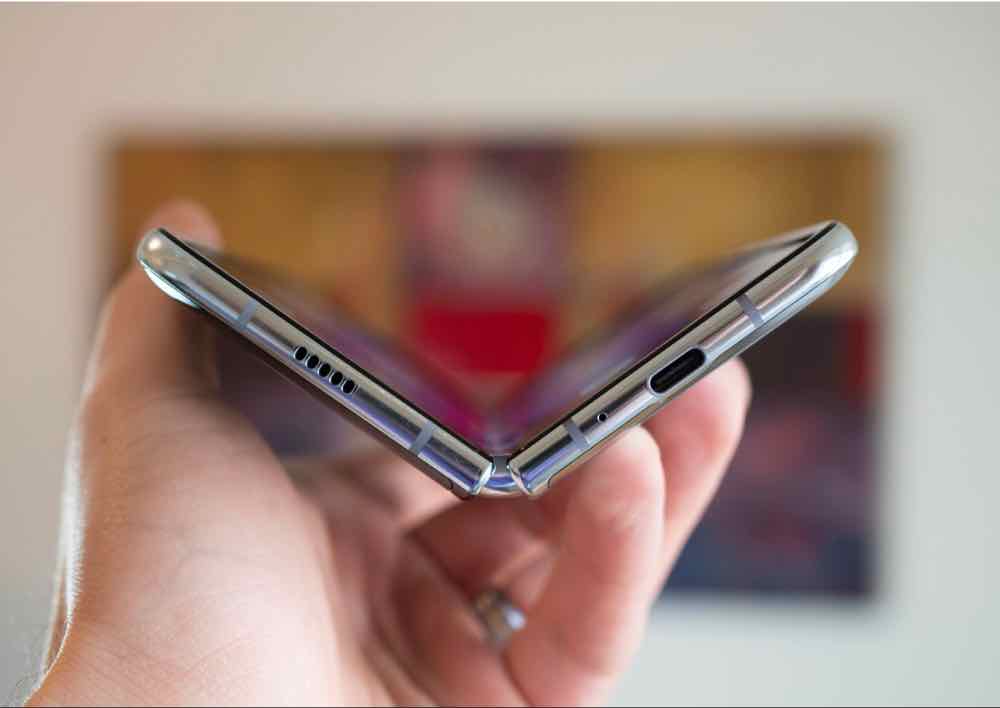 There are two distinct issues here, and only one is particularly fixable. Read more ??

This is the "fixable" problem.

The Galaxy Fold, as every other foldable phone, has a plastic display on top of the OLED display that allows the entire screen to flex. We don't yet have flexible glass, so this is just how things are going to have to be for the foreseeable future. But the problem with that top layer on the Galaxy Fold is that it looks exactly like a pre-installed screen protector we've seen on phone after phone — including the Galaxy S10 — that you have the option of removing. On the Fold, though, the layer is not designed to be removed. It's not just inadvisable to do so, it's not meant to be removable. If you remove that top layer, you've effectively done the same as removing the cover glass from your Galaxy S10 — and, at that point, the display panel itself is going to fail. And it won't take long to do so.

Samsung's messaging to early reviewers explicitly reminded us that the top layer of the screen was not removable and that it would compromise the integrity of the display. But even still, the urge to remove that top layer has been ingrained in all of us for over a decade — plastic doesn't feel right on a phone, and it looks like it's removable. Even some of the most egregious offenders of pre-installed screen protectors in the past would still technically allow you to remove the protector and have the phone work properly afterward. This just isn't the same case, even though it feels the same at first.

So this part of the problem is fixable, but we don't know what Samsung plans to do about it. Let's remember that the Galaxy Fold is already up for pre-order, and will be shipping to regular consumers (albeit not in large numbers) with no hand-holding or extra information. They'll just get a phone in a box, and in the case of our retail-ready boxes there was not a single warning on the phone or packaging that mentioned you should not remove this top film. Pair that up with the intense desire to want to peel plastic from new phones, and you're set up for a bad news cycle of broken Galaxy Fold screens.

Thankfully, proper retail boxes are supposed to have a small warning on the protective film covering the entire phone out of the box. And for as interesting of a news story it is for reviewers to see broken screens, customers that paid $2000 will take this a bit more seriously. It would behoove Samsung to make changes to its packaging and software to make it explicit as possible that the plastic should not be removed like any other phone — a single warning on the piece of plastic that people hastily rip off of every phone really isn't enough when the consequences are this serious.

This is the bigger issue that Samsung inherently can't "fix" without years more development of the display technology that enables these phones to fold over and over again.

So you shouldn't remove the top layer of the Galaxy Fold's display. We know this. But the fact that you can remove it (if you try hard enough) and simply doing that is enough to completely render the display useless and quickly broken is a bad sign. At least two of the reports of failed displays came while the Galaxy Fold's top layer was kept in place and undamaged, which points to the larger discussion of just how fragile the display technology is no matter what you do.

Should this keep you from buying a Galaxy Fold??

There are many reasons why you should be skeptical of parting with $2000 to buy a Galaxy Fold, well before any of these reports of screen failures arose. The durability and longevity of a flexible display was always going to be in question on these first-generation consumer foldable devices — we just didn't necessarily expect to see it start so spectacularly or so early.

If you were hyped enough about the Galaxy Fold to want to place a pre-order, or at least see it in stores at the end of April before potentially buying, it would be a good idea to remind yourself of all of these sorts of problems that can be associated with a device that introduces a brand new form factor and so many new technologies. The Galaxy Fold is not a normal phone, and it's truly pushing the envelope in ways that we haven't seen in years; that's going to come with compromises, and you should know about them all before you decide to buy.