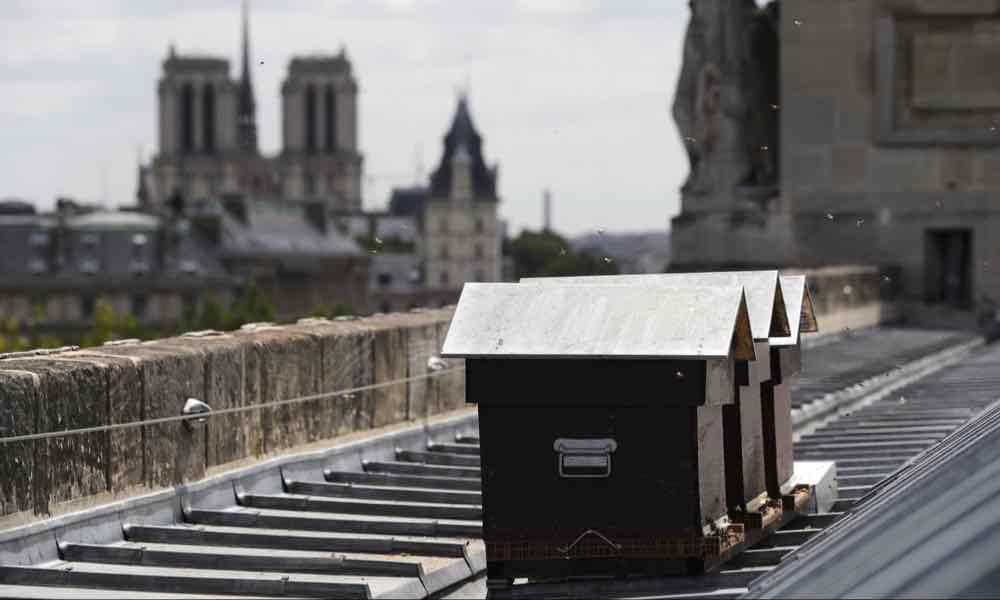 'It's a miracle': hundreds of thousands of bees??? survive Notre Dame fire??

Following the tragedy of Monday’s fire at the Notre Dame Cathedral in Paris, news came on Friday of a miracle as sweet as honey.

The hundreds of thousands of bees that lived in hives inside Notre Dame’s roof are alive and well, according to the beekeeper, or apiculteur, that oversees them.

The flames of Monday’s fire – which investigators say was probably caused by an electrical short circuit – took down the cathedral’s spire and a large portion of its roof.

For a few days after the fire, Géant was worried about his beloved bees, and the French police and firefighters wouldn’t let him go up on the roof to check on them. Hopes that the bees survived rested on aerial photos of the cathedral’s roof, which showed the hives still intact.

“You see that everything is burnt, there are holes in the roof, but you can still see the three beehives,” Géant told NBC News on Wednesday.