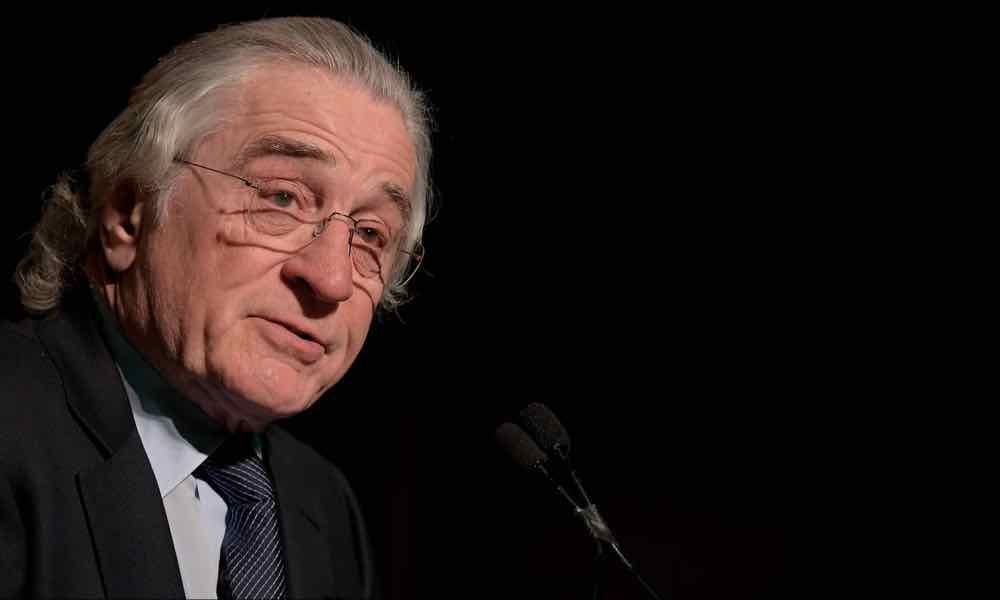 The actor has been involved in a long-running dispute with Trump, saying “fuck Trump” at the Tony awards last year.

During an appearance on the Late Show With Stephen Colbert on Friday, De Niro told the host he had tried giving Trump a chance. “That’s what I said right after he was elected. Give him a chance. I give everybody the benefit of the doubt. This guy has proven himself to be a total loser.”

When Colbert asked De Niro why audiences were so enamoured with the gangster genre, he replied: “People like the outlaw type thing, except we have a wannabe gangster in the White House now.”

De Niro also called Trump a dumbbell, saying: “Even gangsters have morals and they have ethics. They have a code and you know when you give somebody your word it’s your word because it’s all you have is your word. This guy, he doesn’t even know what that means.”