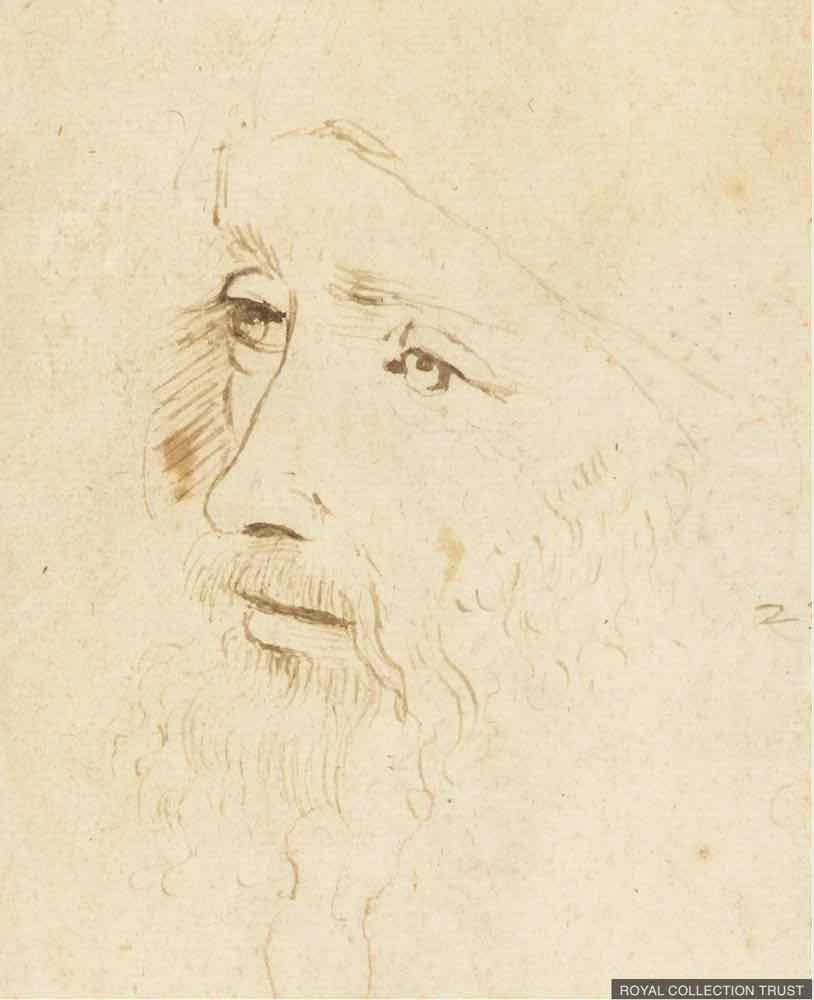 This portrait, newly identified as Leonardo da Vinci, is going on display in London as the world marks the 500th anniversary of the death of the artist and inventor.

Only one other portrait has survived from the artist's lifetime, aside from self-portraits.

Martin Clayton was researching an exhibition for The Queen's Gallery in London when he identified the sketch as a study of Leonardo made by an unidentified assistant shortly before the master's death in 1519.