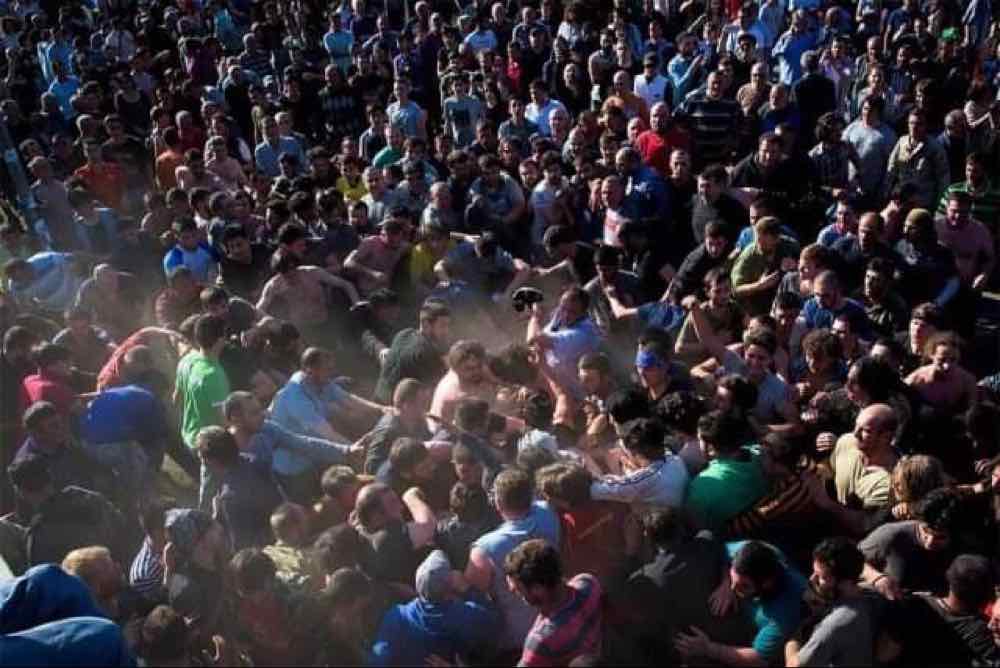 ??? "A Wine-Soaked Ball Unites a Georgian Village, but Only After Dividing It”, – this is the title of the article published by American edition “New York Times”. The author writes about tradition established in Guria village Shukhuti. The main characters of publication are the residents of the village.

“Every spring in Shukhuti, a black leather ball is sewn together to play Lelo Burti, a brutally physical folk game. The winners carry it straight to the cemetery. Lelo Burti – a singular blend of a large-scale rugby match and an even larger street fight — that was once popular all around the region of Guria but is now only played here, once a year, on Orthodox Easter.

? The ball is the only equipment and the eventual trophy. It is kept by the winning team and, immediately after the game, set down at the grave of their choice to honor that person’s memory”, – reads the article.

According to the article, Lelo Burti was granted status as a “nonmaterial monument” of culture five years ago by the Georgian government.

“But once the actual game begins there is little ceremonial about it. It is a living, breathing, brutal pastime. It arouses genuine passions and profound injuries. On game day, the village is split in two — Upper and Lower Shukhuti — and men from each half compete to carry the ball back to their side of town. Once that happens, the game ends. That is it.

There are no boundaries, no limit to the number of participants, no real tactics, and almost no rules. Women are not prohibited from playing but rarely do. The game typically lasts a couple hours. Sometimes it rages long into the night. One year it took less than 20 minutes”, – notes author in the article.