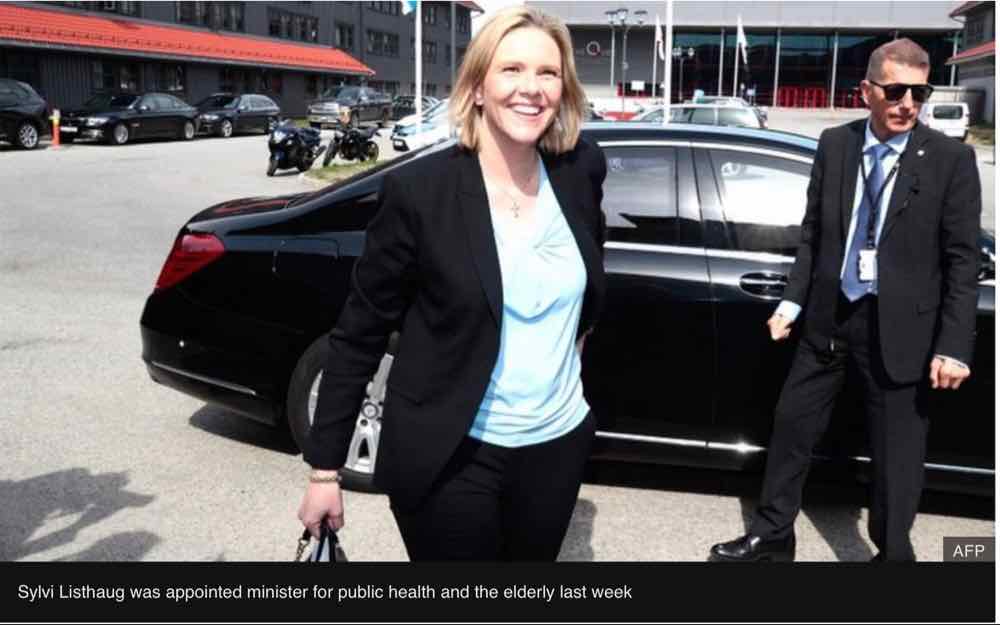 (BBC) Norway's newly appointed health minister has caused controversy by saying people should be allowed to eat, smoke and drink "as much as they want".

Sylvi Listhaug also said smokers were made to feel like pariahs.

A populist politician with anti-immigration views, she was appointed as the new health minister on Friday, a year after being forced to quit over a security row.

Critics say she has little understanding of what public health is.

?? "My starting point for this with public health is very simple. I do not plan to be the moral police, and will not tell people how to live their lives, but I intend to help people get information that forms the basis for making choices," she told Norwegian broadcaster NRK in an interview on Monday.

"People should be allowed to smoke, drink and eat as much red meat as much as they want. The authorities may like to inform, but people know pretty much what is healthy and what is not healthy, I think."

?? "I think many smokers feel like pariahs. So they almost feel they have to hide away, and I think that's stupid. Although smoking is not good, because it is harmful, adults have to decide for themselves what they do.

"The only thing we as governments are to do is to provide information so that people can make informed choices. That is why we should, among other things, [devise] a tobacco strategy now, which will help prevent young people from starting to smoke and often want to make more adults quit."

I personally say - ❌No to paternalism❗️❗️❗️