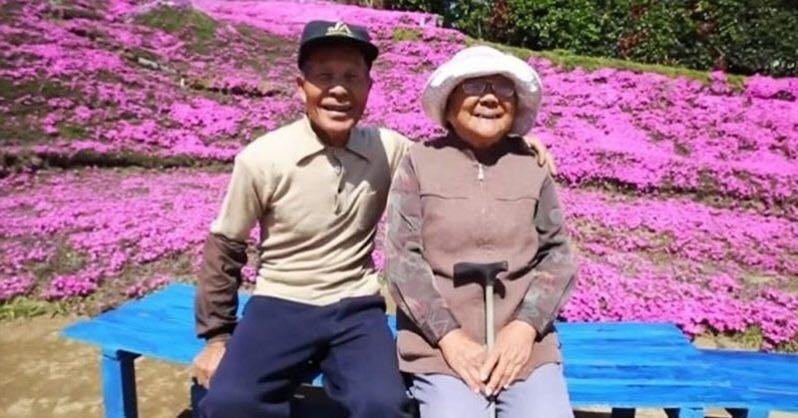 You can really love someone so much that you’d be willing to go to the ends of the earth to make them happy. It doesn’t matter what it would take, because as long as there’s something out there that can put a smile on their faces, you’d give everything to bring it to their feet. Yes, that kind of love exists.

If a single flower can make someone happy, think of what a garden overflowing with thousands of beautiful, lovely-smelling flowers would do.

Mr. and Mrs. Kuroki from Japan have been married for 64 years [1]. The couple owned a dairy farm in Shintomi, Miyazaki, Japan. For 30 years, they toiled and worked hard on their farm, and then it was time to retire. They planned to travel the country and see the world, but they were unable to achieve their dreams when Mrs. Kuroki lost her sight due to complications from diabetes, according to RocketNews24. She was 52 at the time.

The couple was heartbroken, especially Mrs. Kuroki. She was so traumatized that she became reclusive, shutting herself away from the world and spending every hour of every day indoors. She was suffering greatly, and so her loving husband decided to do something that would cheer her up forever. If Mrs. Kuroki could no longer see the world, her husband was determined to bring the world to her.