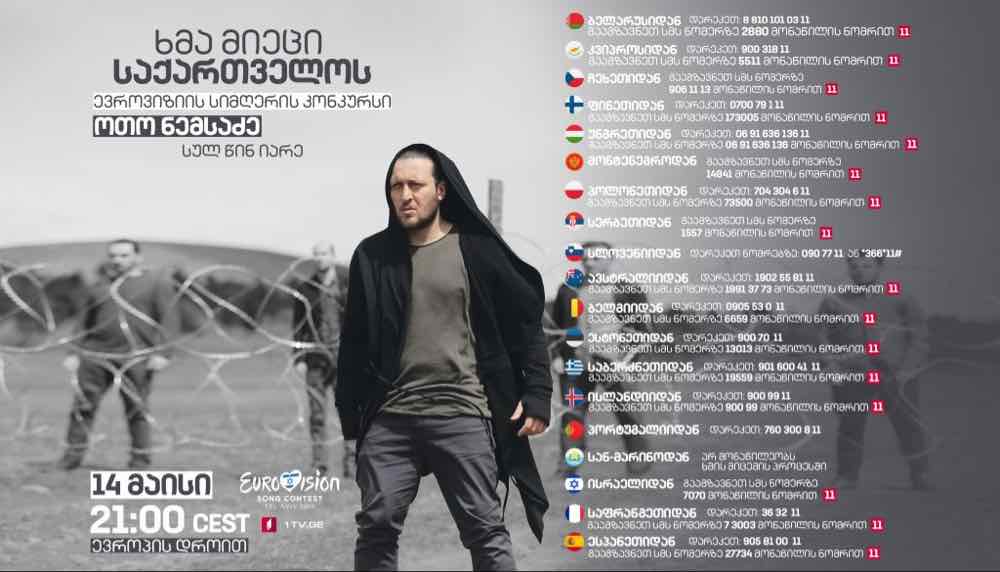 ? Oto Nemsadze, the Georgian contender of 2019 Eurovision Song Contest (ESC) will perform on stage in the first semi-final of the musical competition number 11 on May 14. He will perform the entry song “Keep on Going” on stage.

✅ ?? Supporters of Georgian contestant have to watch the public broadcaster of the country where they live. They can vote by telephone and SMS through the numbers shown on the screen. Twenty calls can be sent from one number.

Voting for Oto Nemsadze can be implemented by phone and SMS through the numbers indicated on the banner??