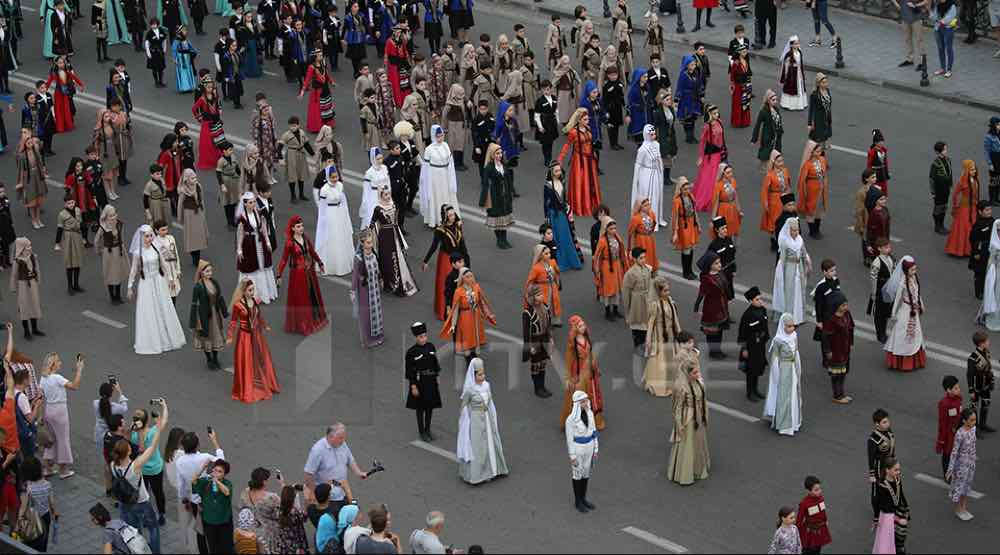 ?? The day of National Dress was marked in Georgia. A large-scale flash mob was held at European Square in Tbilisi with participation of about 600 people. The activity was wrapped up by a concert of “Chveneburebi” Musical Band.

National Dress Day has been marked in Georgia for already the 4th year. It aims at popularization of Georgian culture.